This is the second article in the series on my impressions from CPH:DOX 2017. I am trying to make those reports loosely personal yet bearably informative. Bare with me, as this time I will concentrate on introducing the film from the ‘Danish Dox’ and ‘Drama’ sections – Dream Empire.

It pays off to be hired as a white monkey in China. The job involves performing on stage at parties or any kind of promotional events advertising the newly built private and public skyscraper districts. The role can vary between a musician, a dancer and an actor – depending on the public demand. No actual skill is expected. The only requirement is that the performer looks like a foreigner, that is to say, they are white, black or indian. Whites go for the highest price. although we do not get to know the exact numbers, at one point the director David Borenstein narrates: I was having three gigs a month and each payed double my rent. This film is a story of Yana a 24-year-old chinese entrepreneuse whose company hires westerners in need of quick cash to participate in commissioned promotional events. Commissions come from the developers selling the newly built apartment blocks. Whenever there are foreigners involved, the interest goes way up. Her and David’s relationship are the foundation of this tragicomical movie about the chinese real estate market bubble. Have you ever heard of the chinese ghost towns? 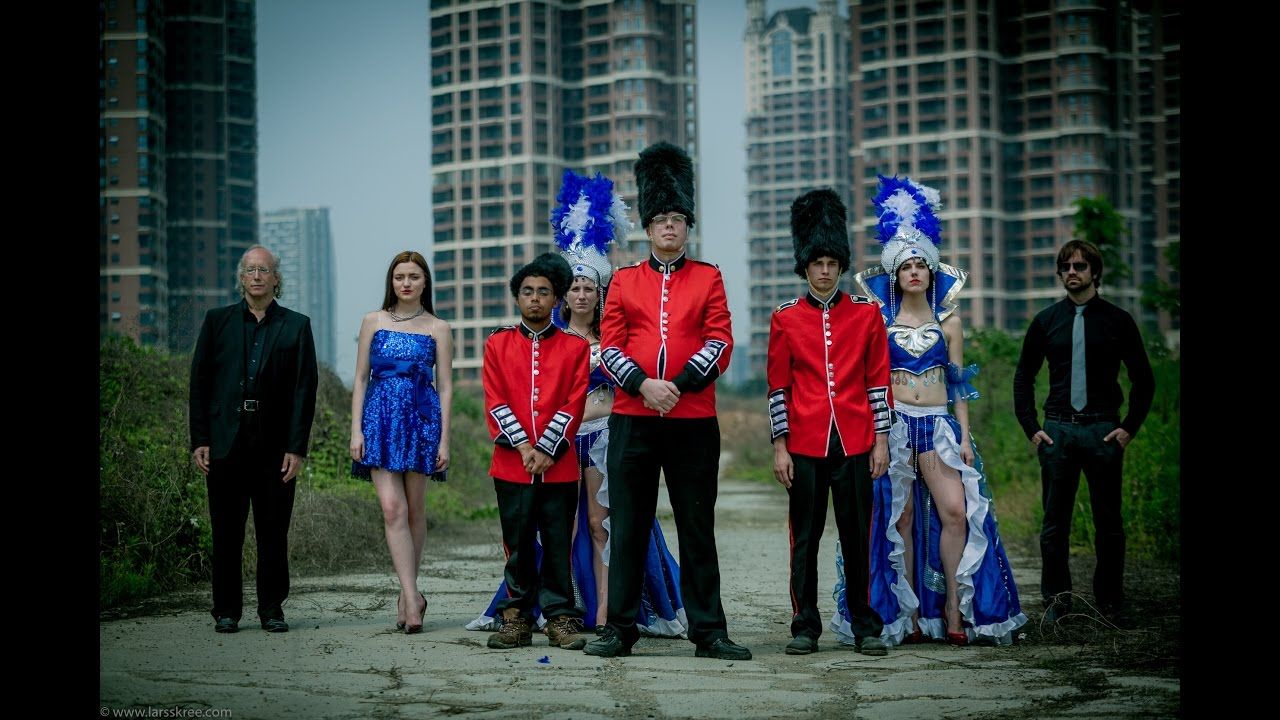 No place is really far or foreign – in the ’unknown and strange’ sense of the word – as long as there is TV or an internet connection. We hear the news from across the seas and continents. We get to know about the shifts in power, new political initiatives and environmental issues. Yet, for people like me – who way too seldom leave Europe or have not done so at all – the stories of individuals, presented in an accessible form of a drama, have a unique value. We have access to information about masses. However, the friendship between David and Yana made the revealing of a slow personal psychological journey towards disillusionment with Chinese capitalism possible. This is the film’s strength – we follow a single hero carrying out an ambitious battle against all obstacles on her way to success and just staying afloat in one of the most aggressive economies of nowadays.

Disillusionment is not the greatest weapon against exploitative manipulation of the free market but it is a big step. In some sense any system is as strong as the belief in its legitimacy. For it to really work the normality it enforces should be as invisible as our vitamin C intake – just happens, even when you don’t think about it and you believe it is good for you. If there is too much discontent it has to fall – as the movie’s leading person states at one point. Dream Empire made me think that the feeling of betrayal of the loyalty that you had as the system’s follower is painful. Consequently, this disenchantment could make one politically active – or dissident – quite rapidly. Yet, everyone has different triggers. For instance, the Black Lives Matter movement did not make white America unleash their political voice of disdain even in the face of human rights violations. In contrast, the presidential elections had the levity that was needed to empower masses of women of all colors to march out onto the streets in protest. There seems to be an unexpected inequality of reactions to unfairness. Probably some facts we choose to close our eyes to because of the ‘loyal follower’ mentality, while the other things throw us off balance so hard that the foundation of the belief shakes and then… we become lonely, emancipated, dissident. Most of all lonely though. The process of starting from absolute trust and reaching that point is what this film is about. The pertinent issue of growing naturally critical towards the role that the country puts on one.

Go and enjoy the soothing voice of the Dream Empire’s narrator while getting introduced to the matter of making business in China with a dose of refreshingly comical cynicism about the sloppy westerners and intimate self-criticism of the business minded easterners. You will also have a chance to meet the director right after the screening.

Look on DR2 as well

Film writer and - outside of Vink - an artist working with the Copenhagen-based group Unknown Twins. I like working with still photography, moving image, installations and language. I like tall people.